You are here: Home / Blog / Consequences of Skipping Bail

Jumping bail is when a person is out on bail but fails to attend court sessions in an attempt to avoid sentencing. The action is also referred to as skipping bail and has several consequences. Jumping bail is illegal in every state, and the courts will treat the act as a separate offense from the initial offense the defendant faced. Read on to learn what you need to know about jumping bail.

The Law on Skipping Bail

When the court releases a defendant on bail, the defendant agrees to follow specific rules and limits. The most important promise by the defendant is to attend pretrial and trial hearings whenever required. Bail is typically a bail bond, surety bond, or cash bail.

The defendant will post the bail with the court and expect a refund once the case concludes. One immediate consequence of jumping bail is that the court won’t reimburse the bail money. Hence, the court expects the fear of losing money to incentivize the defendant to attend the required court hearings.

Impact on Your Case

The court usually considers the law and the evidence when determining the case. In some cases, the court will also consider your history before judgment. If you skip bail, the court will view you as a person who doesn’t follow the rules. The courts might be more inclined to issue a harsher judgment than if you had attended all court summons.

When you eventually appear before the court again, the court might refuse to offer any plea bargain for your original offense. Instead, you will receive higher penalties, including extended jail time.

Jumping bail won’t make your current case go away. On the contrary, the court might impose additional charges. For example, skipping bail is a felony that might attract criminal charges. The result will be more time in the courts and further expenses on legal fees.

If another person pays the bail on your behalf, they will also suffer. When you skip bail, the person could lose their belongings and money.

The court might throw this argument out if the defendant did not get notice of the hearing. The prosecution must notify the defendant of upcoming cases beforehand. The notification is usually a form of record posted with the court.

In addition, the prosecution must send a written notice to the defendant via various methods such as a letter mail. In some cases, the bail bond document may indicate the subsequent court hearings.

If you have been arrested or your loved one is in jail, you can get out by posting bail. However, not everybody can afford the whole bail amount. Hand in Hand Bail Bonds will help you by posting the bail on your behalf. We pride ourselves on a standard of service that other California bondsmen do not offer. Contact us to know how we can help you. 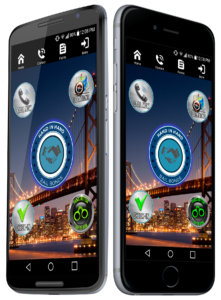